About us Careers Contact us
Home Expertise Team Clients
English 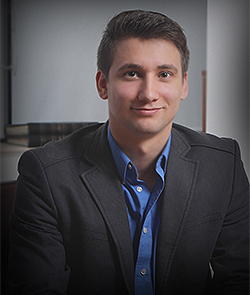 Ivan Dimitrov has worked as a legal assistant at Spassova and Associates Law Firm since August 2013. He is at his fourth year at the Sofia “St. Kliment Ohridski” University, persuing a Law degree.

Mr Dimitrov has experience in international projects, funded by a program of the European commission named “Youth in action”. He has been part of several internships in institutions such as the National Revenue Agency, the Sofia Customs Office and the institution of Ombudsman of the Republic of Bulgaria. From October 2013 until October 2014 Mr Dimitrov is enrolled in a Training course at the Sofia Regional Court.